Let’s Talk About Your DNA

An interdisciplinary team of researchers at Huntsman Cancer Institute (HCI) at the University of Utah was recently awarded a prestigious team science grant through the National Cancer Institute’s (NCI) Cancer Moonshot initiative to study genetic counseling, genetic communication and genetic services to patients. The grant is expected to provide more than $5 million in research project support over the next five years.

The researchers plan to evaluate strategies to identify patients seeing primary care physicians who may benefit from genetic counseling. Access to genetic services continues to be a barrier for people from minority racial and ethnic groups and those living in rural areas. A central goal of this study is finding the best way to reach those groups.

As part of a clinical trial, the team will use an implementation science framework to test an electronic health record (EHR)-based method to automatically identify patients who may benefit from genetic counseling and testing to determine their cancer risks. The study will span 48 primary care clinics in two health care systems and compare two models of delivering genetic services to 1,900 primary care patients using a randomized trial design.

In one model, patients meeting criteria are identified through the EHR and notified they are eligible for an appointment with a genetic counselor. The other method is a patient-driven model, where the educational resources on genetic counseling are placed in the patient portal and patients may learn about and choose to proceed with genetic testing on their own initiative. 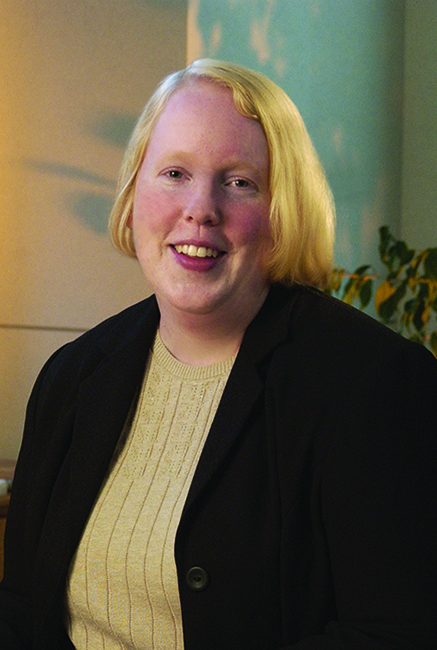 The study is led by Kimberly Kaphingst, ScD, an HCI cancer researcher and professor of communication at the university, and Saundra Buys, MD, the medical director of HCI's High Risk Breast Cancer Clinic and a professor in the department of medicine at the university. “What we are doing is using the information that’s already in the EHR to identify people who have not had cancer but who might have familial risk, particularly for breast and colorectal cancer,” said Kaphingst. The study builds on an existing grant awarded to Kensaku Kawamoto, MD, PhD, MHS, and Guilherme Del Fiol, MD, PhD, of the Department of Biomedical Informatics at the university to develop informatics technologies for cancer research and management.

The HCI team partnered with researchers from New York University (NYU) for the study. Participants from the two distinct regions will allow researchers to look at the differences between rural and urban populations and by race and ethnicity. NYU has a very diverse patient population within their primary care system and their system is compatible with HCI’s system, which is necessary for the study.

Wendy Kohlmann, MS, a genetic counselor at HCI and adjunct assistant professor in population health sciences at the university, is also participating in the project. “There is growing interest in genetic testing and learning about one's genetic make-up,” said Kohlmann. “This is evident from the increasing number of companies marketing genetic testing for ancestry and other health conditions directly to the public. This project will provide a pathway for patients who are interested in learning more about the genetic factors that may affect their cancer risk and to access that information with the support of genetic counselors and physicians in their health care system.”

Kaphingst and Buys are leading a research team of more than 20 scientists. “One of the things that made this grant proposal successful were the resources at HCI that supported it, including access to different types of cancer expertise and specialty technology and resources to conduct the research. It was a true team effort.” Kaphingst said.

The Cancer Moonshot initiative was created in 2016 by Vice President Joe Biden. The goal of this national initiative is to accelerate the pace of cancer research through transformative approaches to cancer prevention, diagnosis and treatment in just five years.

About Huntsman Cancer Institute at the University of Utah

Huntsman Cancer Institute (HCI) at the University of Utah is the official cancer center of Utah. The cancer campus includes a state-of-the-art cancer specialty hospital as well as two buildings dedicated to cancer research. HCI treats patients with all forms of cancer and is recognized among the best cancer hospitals in the country by U.S. News and World Report. As the only National Cancer Institute (NCI)-Designated Comprehensive Cancer Center in the Mountain West, HCI serves the largest geographic region in the country, drawing patients from Utah, Nevada, Idaho, Wyoming, and Montana. More genes for inherited cancers have been discovered at HCI than at any other cancer center in the world, including genes responsible for hereditary breast, ovarian, colon, head, and neck cancers, along with melanoma. HCI manages the Utah Population Database, the largest genetic database in the world, with information on more than 11 million people linked to genealogies, health records, and vital statistics. HCI was founded by Jon M. and Karen Huntsman.