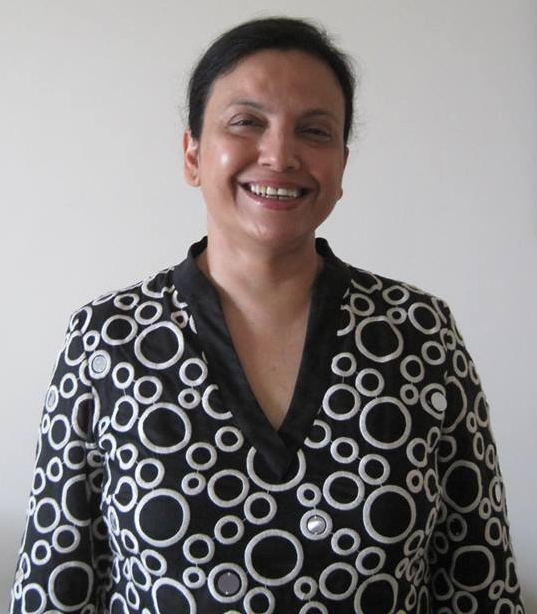 This lecture will focus on the rhetorical logics of contemporary India nationalism that is being forged under the current right wing Prime Minister Narendra Modi, and his BJP party. One of the highlights of this nationalism is that it is rewriting India as a modern Hindu nation (in exclusion of Muslims and other lower caste populations such as Dalits [‘untouchable’ caste]). In an effort to modernize India and further open it up to global finance, the current PM has launched numerous initiatives under the banner of development.

One such initiative is the “Clean India” movement, which is being touted as a “people’s movement.” The movement is involved in the production of a national pedagogy around cleanliness. Through ads, public speeches, school curriculum, NGOs, and celebrities, people are encouraged to clean their neighborhoods, cultivate clean habits, not drop garbage on the roadside and, especially, in rural India, build latrines at home.

Through a focus on this movement, this talk will particularly address how the (Hindu) female body often comes to stand in for the clean national body that must be honored and protected from defilement. Examining the mediated rhetorics of the Clean India movement, I will discuss how such articulation of the female body into the Clean India movement implicitly and often explicitly draws on Hindu notions of domesticity and womanhood. Further, I will examine how the need to build toilets in rural/village India is often being connected to a logic of female empowerment and yet, this framing of empowerment is heternormative in its articulation and also occurs against a background that normalizes and recenters the institution of (Hindu) marriage.

Overall, this talk will offer some theoretical insights about nationalism and gender in contemporary times, through a focus on Hindu nationalism in India.

“Gayatri Spivak as a Postcolonial Feminist”

Dr. Raka Shome is the Harron Family Endowed Chair, and Professor, of Communication at Villanova University (from August 2019). Prior to this, she served as a Senior Visiting Fellow at National University of Singapore. She has also held full time faculty appointments at London School of Economics, University of Washington and Arizona State University.

Her research is in areas of nationalism, postcoloniality, non-western modernities, transnational feminism, and the global south. She is also focused on the transnational politics of knowledge production, and attempting to move Cultural Studies beyond the British/Birmingham framework.

Dr. Shome has published numerous articles and book chapters in leading journals and anthologies in the field of Media and Communication Studies. Many of her essays are highly cited and have been reprinted in anthologies in our field and beyond.

Professor Shome’s book has received significant global attention. Times Literary Supplement stated that “this is a valuable study of white femininity and how it impacts on geopolitical and global currents.” Shome was also interviewed by Australian Broadcasting Corporation(equivalent to NPR in US) radio talkshow ‘The List’ (which reviews books and authors). In 2018, Special Broadcasting Service’s (SBS) (Australia) analysis of Meghan Markle’s wedding drew on Professor Shome’s analysis of white femininity to explain this wedding phenomenon.

Professor Shome has received numerous awards for her research, the most recent being the Charles Woolbert Award from NCA, and the Distinguished Scholar Award from Cultural Studies Division of NCA. She has also delivered several keynote talks and plenary speeches globally in various universities and international conferences. She is active in cultural studies and postcolonial studies networks globally. In 2014, she was invited by the Advanced Cultural Studies Institute of Sweden to serve as their scholar resident. During this time, she also lectured at many Swedish universities. In Spring 2015, Dr. Shome was a primary co-organizer for the first ever international conference on media, communication and postcoloniality entitled: 'Communication and Postcoloniality-Decolonizing Imagination' that was held at Villanova University and sponsored by the Waterhouse Family Institute of Research. Inspired by the energy generated by this conference, she co-organized another conference in 2017, "Postcolonial Mediations: Globalisation and Displacement" that was sponsored by the Amsterdam Centre for Globalisation Studies, University of Amsterdam.

Shome has guest edited five special issues of journals on timely and important intellectual topics. For example she co-guest edited, the first-ever special issue on “Postcolonialism” in our field in Communication Theory (August, 2002); another one “Media and Asian Modernities” (2012) in Global Media and Communication that asks what it means to think of the “modern” beyond North Atlantic liberal frameworks of modernity? She is finishing up the editing of another special forum on ‘Cultural Studies and the Global South’ in Communication/Critical Cultural Studies.

Shome is currently working on a monograph on the "Clean India" (Swachh Bharat) Movement, Hindu Nationalism and Cultural Purification. This project emerges from her deep concern and sadness about the violent solidification of Hindu nationalism in India and the ways in which Hindutva (Hindu ideologies) is tearing down the fabric of democracy and dialogue in contemporary India –under the current government of Narendra Modi, and its larger party base.

About the B. Aubrey Fisher Memorial Lecture