Two of the biggest National Communication Association (NCA) awards from the Critical Communication Studies (CCS) division are being presented to Department of Communication scholars. Kent A. Ono, chair of the Communication Department, has been named the 2015 Distinguished Scholar and Associate Instructor Megan McFarlane has been awarded the Outstanding Dissertation award.

A founding member of the CCS division of NCA, which has become one of its largest divisions, Dr. Ono was chosen unanimously by the reviewers for the Distinguished Scholar award. Professor Ono conducts critical and theoretical research on print, film, and television media, specifically focusing on representations of race, gender, sexuality, class, and nation. (See more about his work here.) In nominating Dr. Ono, Myra Washington, of the University of New Mexico, said, "Dr. Ono is a scholar who lives the politics he advocates in his scholarship, seeing issues of race, gender, sexuality, class, and nation as constitutively linked, embedded in the structures in which we live and part of our everyday lives. He puts his theory into practice by tirelessly mentoring conventionally disenfranchised students in the academy, making sure there is a place for women, queer people, and students of color."

She went on to state, "Dr. Ono’s impact on the field of Critical Cultural Studies is ongoing and will be long-lasting. He has accepted over 50 invitations to speak and/or deliver keynote addresses and plenary talks. He continues to publish prolifically, his work always central in discussions of contemporary and timely issues in the academy. He has also, literally, changed the face of the discipline of Communication: the successful careers of many female scholars, queer scholars, and scholars of color is a testament to Dr. Ono’s dedication to making academia a good, productive, rewarding and safe space for all people."

Dr. Ono will receive his award at the CCS meeting at NCA in Las Vegas on Nov. 20, along with Associate Instructor Megan McFarlane, who will be presented with the Outstanding Dissertation Award. Titled “U.S. Military Policy and the Discursive Construction of Servicewomen’s Bodies,” Dr. McFarlane's dissertation was enthusiastically selected as the winning submission. 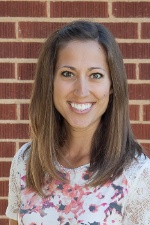 Her dissertation examines U.S. servicewomen’s experiences that distinctly revolve around their bodies — those of rape, abortion, and pregnancy — and how these experiences are represented and understood. Ultimately, she argues that despite the many policies and procedures put in place to promote progress in gender equality, the armed forces’ deep-seated cultural beliefs about sex and gender counteract many significant forms of progress. Instead, the hypermasculine culture of the military continues the biopolitical regulation of and discrimination against women based on their bodies.

One reviewer said, “This dissertation conducts a solid, multi-method, sophisticated and nuanced analysis of the policies and discourses surrounding women’s bodies in the U.S. military. The author does so much good work to bring out exactly how it is that women’s bodies are always already thought to be abject in the military (and especially in cases of pregnancy) and become objects of violence and discipline.” Another reviewer echoed that sentiment, saying, “The author explores such an important topic that has been often overlooked in the discipline. Most importantly, issues concerning women in the U.S. military such as female bodies, rape, and sexual assault are extremely relevant to the society as more women enter into the field every day. I also think that the author provides an in-depth understanding of critical/cultural studies in general and critical rhetoric and feminist studies in particular.”
Congratulations to our very own Dr. Kent Ono and Dr. Megan McFarlane for these tremendous honors!
Last Updated: 9/20/21