Communication Alum Kristina Baskett featured in Humans of the U

“I never imagined my life would consist of playing a superhero, dodging explosions, traveling through time, casting spells and zip-lining out of buildings—let alone saving the world from armies of the dead as stunt double for Arya Stark in the world’s most popular television show, ‘Game of Thrones.’

I didn’t know my love for gymnastics could turn into such a successful career and my time at the University of Utah set a strong foundation for my life’s most unexpected adventure as a stunt performer for major motion pictures, television and commercials.

There is no doubt that the University of Utah gave me the most amazing experience as a Utah gymnast. The incredible fan base and the legendary program was a dream come true. I became an NCAA Champion on the uneven bars, a 12-time All-American, and helped lead the Red Rocks to three NCAA second-place finishes.

What I didn’t realize, was how much the U was preparing me for life after gymnastics. I knew I had to prepare for my gymnastics career to end, and I discovered other passionate avenues in photography and broadcast journalism through the College of Humanities. The help and support through the student-athlete department made me feel excited and confident in my next steps after graduating. I had all the intention to pursue a job with my degree in mass communication, until I started to receive offers to utilize my gymnastics skills in ways I never expected.

I first performed in Las Vegas with Cirque du Soleil, and then on to Los Angeles where I developed a known-name and business in the stunt and entertainment industry. I’m forever grateful to the U for laying the foundation and opportunity to choose my direction in life, and the ability to go with confidence.” 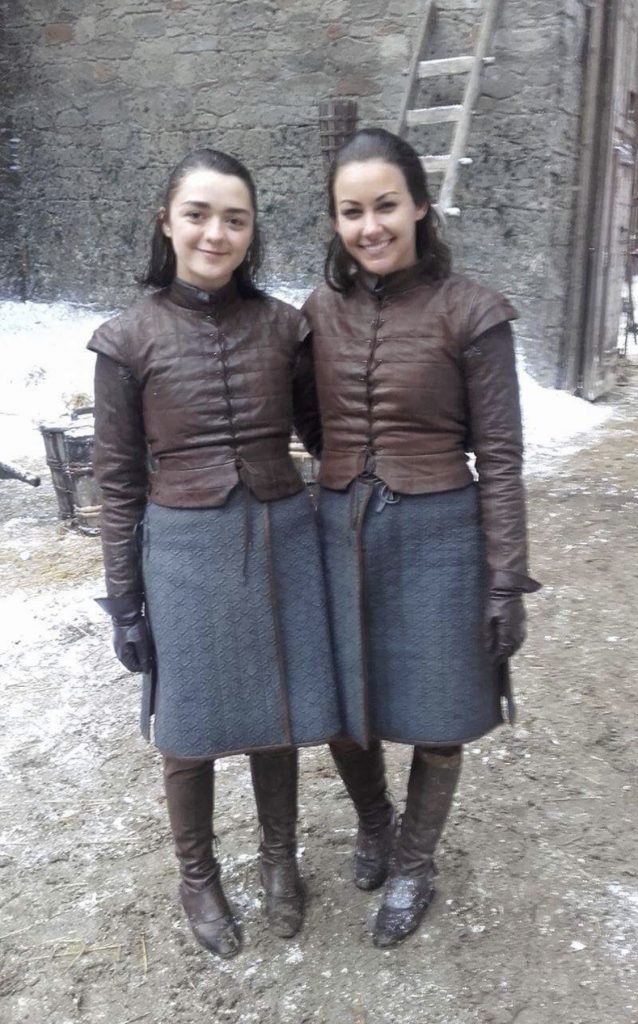 On the set of “Game of Thrones.”