The John R. Park Debate Society (the University of Utah Speech and Debate Team) is pleased to host the English Speaking Union’s British National Debate Team during their US tour. The tour will include a public debate that will focus on the evolving relationship between the United States and Cuba.

In cooperation with the National Communication Association’s Committee for International Discussion and Dialogue, the U’s Debate Society and the Department of Communication will host the British National Debate Team, selected by the English Speaking Union. This year, Francesca Whalen and Matthew Willmore will represent the English Speaking Union. Whalen recently completed her BA in History at Balliol College Oxford, where she was a member of the Oxford Union Debating Society and a quarterfinalist at the European Championships for Debate. Willmore recently completed his LLM at the University of Edinburgh and, in 2014, Matthew won the European Championships for Debate. The British Debaters will visit Utah from Nov. 10-12, 2015, during which they tour the University of Utah and Salt Lake City.

During their visit, they will participate in a public debate with the University of Utah’s John R. Park Debate Society. In the spirit of the Committee for International Discussion and Debate’s commitment, the two debate programs will debate an issue that emphasizes international relations and resonates with the University of Utah’s commitment to global citizenship. The resolution for the debate will be “Resolved: The United States should lift the Cuban Embargo.” The event is free and open to the public.

What: A Public Debate Titled “The British are Coming!” 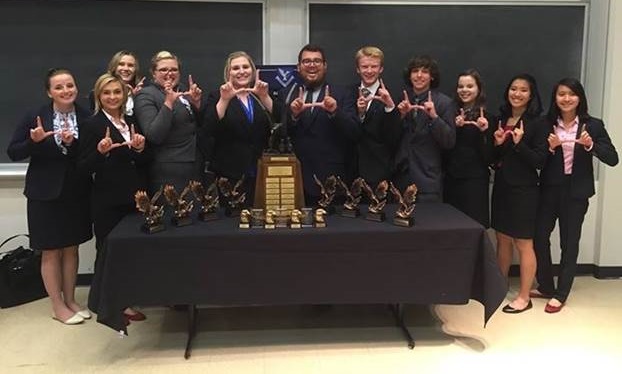 The John R. Park Debate Society (the University of Utah Speech and Debate Team) is sponsored and housed in the Department of Communication in the College of Humanities. The team focuses on three main activities: sponsoring public debate events, high school outreach, and hosting and competing in intercollegiate competitions. The University of Utah Speech & Debate Team is one of the oldest in the western United States and has a long tradition of competitive success. In 2014 and 2015, the University of Utah finished in the top 10 nationally. To learn more about the team’s history and focus, please click here. The team welcomes students from any major and any year on campus to participate.
For more information, contact the team's faculty adviser Michael Middleton (m.middleton@utah.edu; 801-581-6454) or visit the John R. Park Debate Society’s website.
Last Updated: 9/20/21