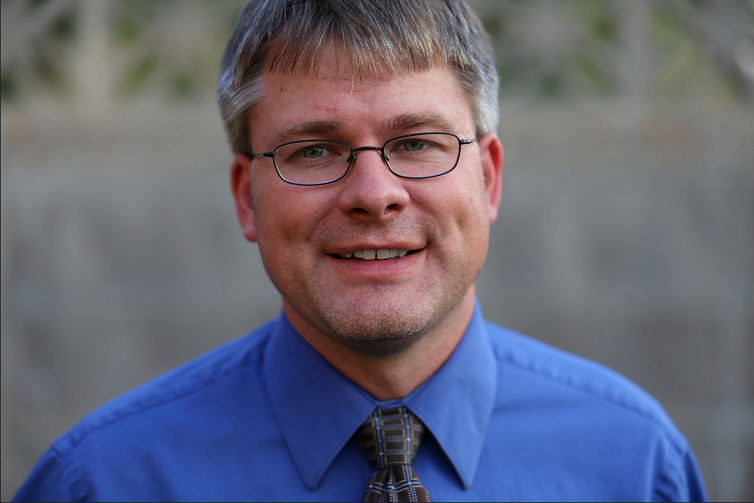 Jake is the first faculty member from a College of Humanities to win a New Innovator grant. To win the award, he had to compete against faculty from all disciplines and make it through several rounds of rigorous peer review.

Like the award, Jake’s work crosses several traditional boundaries. He is an Associate Professor in the Department of Communication, a member of the Cancer Control and Populations Sciences Core at the Huntsman Cancer Institute, and the newly appointed Associate Dean for Research in the College of Humanities. He directs the Health Communication and Technology (HCAT) lab which designs and evaluates innovative communication solutions to public health problems.

Jake’s primary research program seeks to improve skin cancer control by redesigning telehealth systems, and enhancing lay ability to identify atypical moles. It builds on research he published in the journal Cancer Epidemiology, which was initially supported by a Great Ideas in the Humanities Grant from the College of Humanities. Jake’s research suggests that groups of people might be better at finding atypical moles, the sort that can be skin cancer. The goal of the next five years is to validate that finding and then develop an infrastructure to support application.

It’s been a remarkable year for Jake. In July he was awarded the Golden Monograph Award for the top article in the field of communication, in August he was named Associate Dean for Research, and in November he and his partner, Professor Robin E. Jensen (Associate Professor, Communication) are expecting their second child. “I think we will be busy this year,” Jake laughed.

2014:
June Round
University of Utah
Project Title: Developing Therapies to Target the Microbiota

2007:
Jody Snow Rosenblatt
University of Utah
Project Title: Identification of Signals that Extrude an Apoptotic Cell from an Epithelium

Utah Graduates (undergrad or grad) who have received a New Innovator: