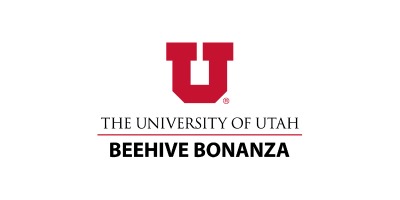 “Bringing students to the University of Utah campus is a priority for outreach and recruiting,” said Director of Forensics, Dr. Jeannie Hunt. “We hope to be able to continue the event and grow our numbers, knowing that growth could benefit from increased support.”

The Beehive Bonanza was founded in 2010. Since then, it has become the season-opener for the Utah high school community, the largest invitational tournament in the state, and a qualifying tournament for the National Individual Events Tournament of Excellence, drawing competition from across the western United States. In addition to kicking off the high school season in Utah, the Bonanza also offers free novice clinics for first-time competitors, where they receive instruction and resources developed by members of the Debate Society. Top finishers at the tournament receive scholarships if they attend the Unviersity of Utah upon high school graduation.

Several individuals contributed to the tournament’s success, including College of Humanities Dean Hollis Robbins, Associate Dean Michael Middleton, Department of Communication Chair Avery Holton, Brandy Groce and University of Utah campus security, Andree Boggess and the University of Utah Union staff, and Lewis Palmer, Natalie Norlen, and the custodial staff. All of these individuals supported the University of Utah’s Speech and Debate Team, including graduate student coaches and undergraduates, efficiently manage a task that typically requires double the number of bodies to accomplish.

Next up for the John R. Park Debate Society is their second competition of the year, The Biggest Little City Classic, at the University of Nevada-Reno on October 14-16, 2022.

For more information about the University’s Speech and Debate team, click here.