The strange billboards across the state showing 9th U.S. President William Harrison are the work of adjunct professor Ken Foster, who is working with Reagan Outdoor Advertising to conduct a survey showing the effectiveness of billboards. 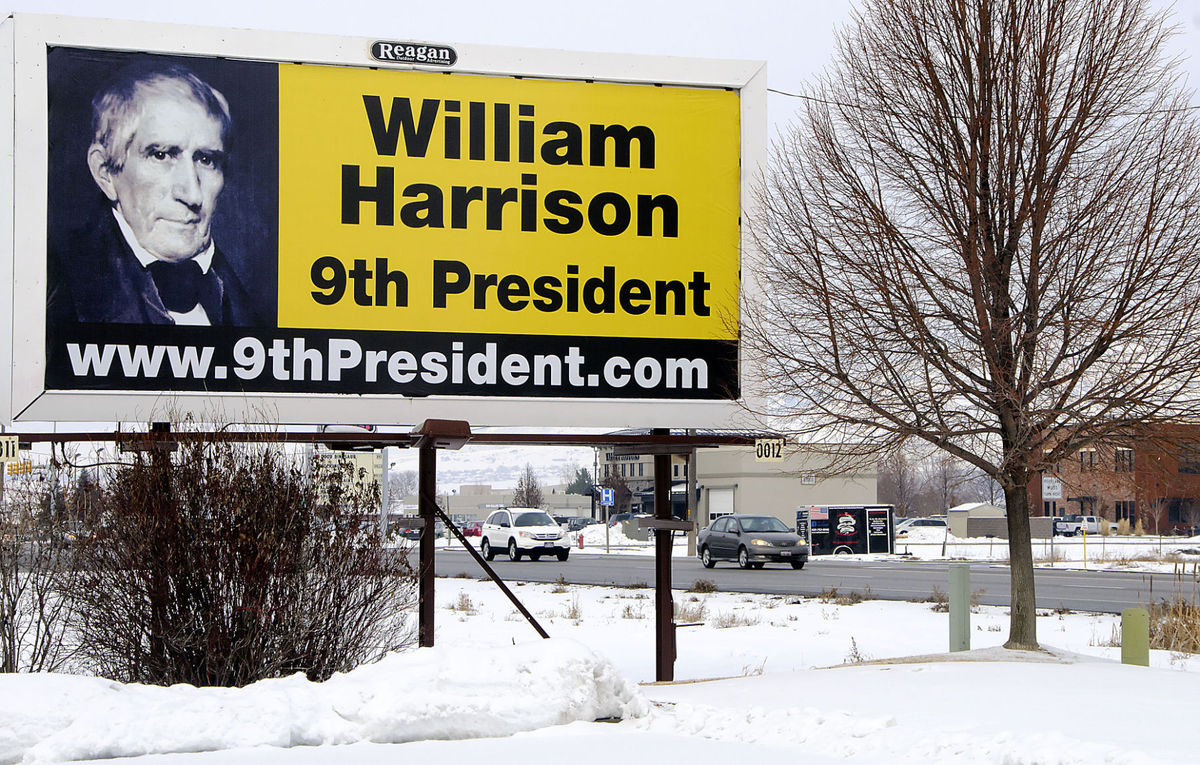 Reagan Outdoor Advertising, the owner of the billboards, is utilizing the services of a Utah-based consulting firm to survey random people in Utah about their knowledge of William Harrison, ninth president of the U.S., and Spencer J. Cox, lieutenant governor of Utah. Ken Foster, adjunct associate professor in communication at the University of Utah, and key partner of Foster and Associates, is spearheading the consultation.

The survey happens in a series of one-month intervals. Three hundred random people are asked the question, “Do you know the name the ninth president of the United States?” They are also asked if they know the name of Utah’s lieutenant governor — Spencer J. Cox.

The billboards have now been up throughout northern Utah for longer than Harrison was president -- just 32 days -- but survey results show public awareness of who acted as the country's ninth president has increased significantly. Foster found that awareness of President Harrison's name jumped dramatically after the billboards went up. After one month, he conducted a second survey that showed the proportion of people who could name the ninth president jumped from 1 in 100 to better than 1 in 4.

Several local news outlets have covered the story, which explains why so many of these unique billboards have popped up throughout the state. Read the full story from KSL here.