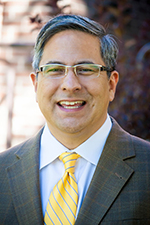 Communication Chair Kent Ono was invited to give a talk Friday, February 13, at the University of Memphis Department of Communication. His address was titled "Reading, Labor, and Love: Asian American Time and the Work of Audiences in Eric Byler's Charlotte Sometimes," and the event was a great success.

Ono discussed his research on Eric Byler's 2002 film, Charlotte Sometimes, in which time crucially affects narrative storytelling. Asian American independent filmmakers have recently considered and worked to create an aesthetic definitive of Asian American filmmaking. He explained how the love story in Charlotte Sometimes reveals underlying tensions affecting Asian American representation, cultural memory, and the role of audiences in deciphering narratives. What is shown is part of the storytelling, but what is seen, inferred, and considered is part of the narrate outcome. Through critical reading processes, informed by cultural identity and histories, the film's narrative reveals compelling possibilities.