Patrick Hutchings, a senior majoring in Communication Studies, spent 10 weeks this summer working in the Lectures and Seminars Department of the Smithsonian National Air and Space Museum in Washington, D.C. 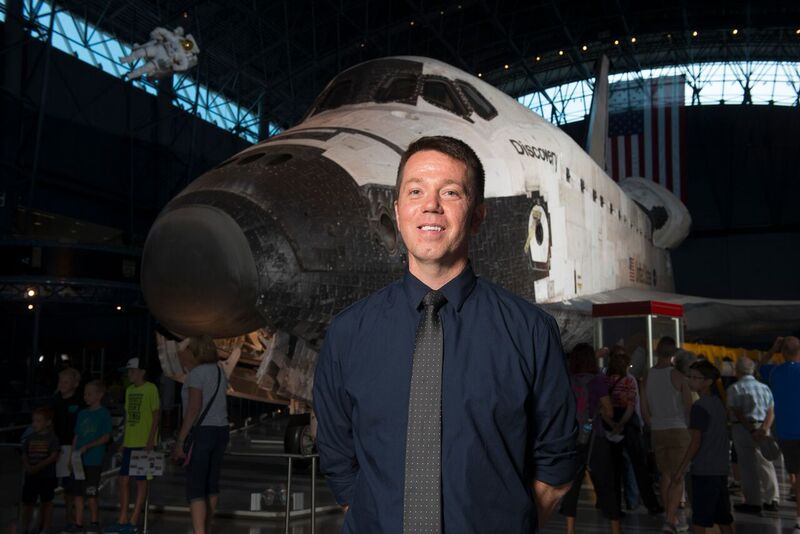 This summer was an ideal time for this particular internship, as it was the 40th anniversary of the opening of the Smithsonian Air and Space Museum located on the National Mall. To honor this achievement, the museum held an all-night celebration and the Lectures and Seminars Department, where Patrick's internship was housed, played a primary role in the planning and implementation of this event. Significant contributions from the department included a film festival with special guests and a social activity with speakers, poster-making, gifts, and refreshments. Patrick’s role included working with vendors to provide a "Family Feud"-style activity and event decorations. He worked to coordinate contracts, fees, scheduling, and publicity. Patrick also designed a scavenger hunt, assisted with ticketing, and recruited other interns as event volunteers.

In addition to the 40th anniversary celebration, Patrick said his internship also included assisting with four public lectures, developing a proposal for an upcoming program, and visiting more museums than he can count on both hands. He says all of this was made possible by the fantastic 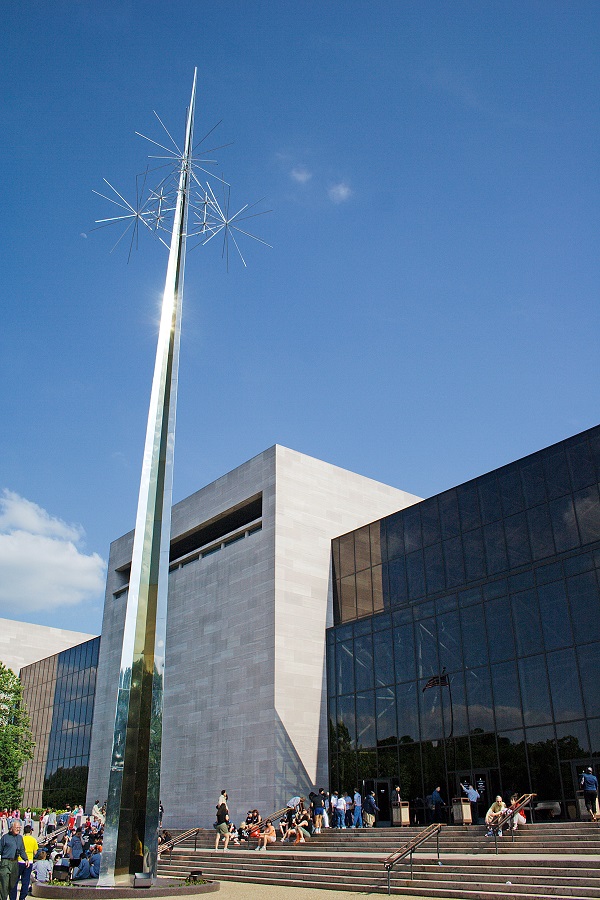 support of his Smithsonian supervisors, Katie Moyer and Jean DeStefano, whom he described as "smart, thoughtful, and continuously supportive."

That feeling seems to be mutual! Katie Moyer, his supervisor and program specialist for the Lectures and Seminars Department, said, "In the few short weeks Patrick has interned with our department, he has become an indispensable member of our team. Many of our summer projects, including our 40th anniversary 'All Night at the Museum' program on July 1, would not have been as successful without his creative eye and incredible attention to detail. To give one example, he conceptualized and designed a photo scavenger hunt that engaged nearly 1,000 people at 1 a.m.! We purposely scheduled the scavenger hunt late in the evening as we figured crowds would be thinning and we would need something to keep people engaged. Little did we know it would be such a hit, and it’s all thanks to Patrick!”

Through this internship, Patrick says he has added a new level of experience to the administrative aspect of event production and gained valuable insight into museum operations. He is pleased to say that this experience has been one of the most rewarding and enjoyable experiences of his life. He says he is thankful for his experience at the Smithsonian Institution and the National Air and Space Museum.  Patrick will continue as a student in his senior year at the Communication Department in Fall 2016.