Communication doctoral candidate Rich Stowell was recently recognized with the University of Utah’s Student Veteran of the Year award for his efforts to promote a greater level of understanding of veterans on campus.

The honor includes an engraved medallion, the recipient’s name on a plaque displayed in the Veterans Support Center and a $1,000 cash award. The annual award, presented by the U’s Veterans Support Center, is selected by a committee of student veterans and is bestowed upon someone who provides outstanding service to their nation, state or community.

“It’s important that student vets recognize their own,” said Roger Perkins, director of the Veterans Support Center at the U. “The veteran community at the U is focused, goal oriented and driven. This award puts a face on veterans and showcases the good work and involvement of veterans in their communities. There’s an awful lot of talent in our vets!”

Stowell currently serves as staff sergeant in the 128th Mobile Public Affairs Detachment, Utah Army National Guard, and is a doctoral student studying Communication. He returned from a tour in Afghanistan in December 2014. After earning a history degree and a teaching credential from California State University East Bay, and a master’s degree in mathematics education from Western Governors University, Stowell taught for several years before joining the military.

In 2006, he married his wife Esther, who supported his decision to join the military in 2007. In 2009, a month after his first son was born, he deployed with the 40th Infantry Division to Kosovo as a broadcast journalist. After deployment, Stowell returned to the classroom at a charter high school in Richmond, California, and taught teacher education at the University of San Francisco.

In 2010, he moved with his family to Utah, had a second son, and began the doctoral program the following year. He currently teaches undergraduate courses in communication, works in the Peace and Conflict Studies Program and is a fellow at the Center for Communication and Community. 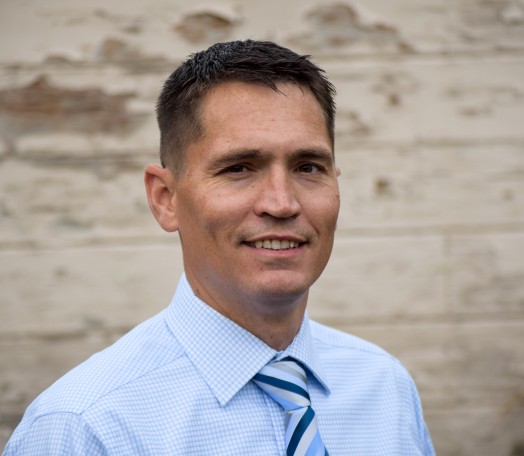 He is always looking for ways to connect the academic community and general public with veterans. He organized a dialogue between veterans and  students in a Conflict Studies class; arranged for a major from the Naval ROTC to deliver a speed lecture to Peace and Conflict Studies students; participated in a Hinckley panel discussion; invited Maj. Gen. Jefferson Burton, the Utah National Guard Adjunct General, to speak to his class; and completed a photo documentary project highlighting the Army ROTC cadets at the U.

Aside from his various teaching and research activities, he writes as a hobby. He authors “My Public Affairs,” a military blog, and has published three books, including “Nine Weeks: A Teacher’s Education in Army Basic Training,” and “Tunnel Club.”