Graduate student Oreoluwa Olaniyan was recently recognized with the 2022 Gerald A. Hauser Award for their paper 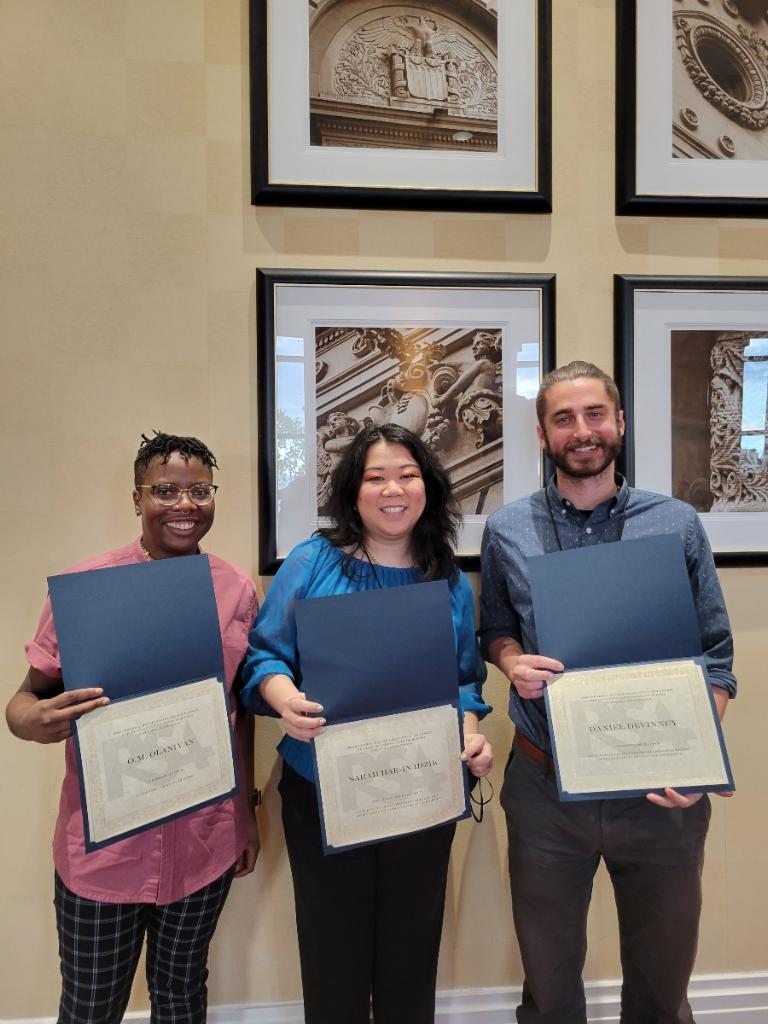 "Autopoietic Critical Rhetoric" by the Rhetoric Society of America (RSA). The Gerald A. Hauser Award is a national award that is presented to outstanding graduate student papers accepted for presentation at the biennial RSA conference. Five graduate student paper presentations were selected as winners this year and the award came with a $500 prize and free conference registration.

Olaniyan's paper presentation captures a research idea still in development, namely, investigating how the end goal(s) of critical rhetoric may reinscribe the very problems they aim to critique. In their own words, Olaniyan says, "My paper is written from an anti-colonial perspective attentive to incommensurability, which means that I do not believe the academy has a hand in any decolonial future, full stop. Extending Sylvia Wynter, autopoiesis means “self-troping rhetoricity,” so for me, autopoietic critical rhetoric must dissect the relations of power that allow these academic hopes for decolonization to flourish. In the paper, I skeptically approach self-reflexivity as one way that critical scholars and critical rhetoricians autopoietically reproduce the legitimacy of the Ivory Tower. The point of autopoietic critical rhetoric is, for me, to understand the points of cognitive dissonance or what Wynter calls “epistemic closure” that result from these ever-reproducing self-tropes. My presentation ends with a discussion of how metaphor, specifically how metaphor is used in the #RhetoricSoWhite controversy, is an autopoietic critical opportunity that allows us to pinpoint epistemic closure, not for liberation or decolonization but for taking incommensurability seriously."

Communication alum Taylor Johnson was also recognized for her dissertation, The Fight for Bears Ears: Toward a Decolonial Rhetoric of Public Participation in Enviornmental Decision-Making as a honorable mention. Johnson takes up the Bears Ears National Monument as a case study for examining the relationships between settler colonialism and public participation in environmental decision-making. Scholars and practitioners of environmental decision-making are called to develop alternative processes that support, rather than undermine, Indigenous sovereignty and leadership in ancestral territories.